Being part of the club, and sew & sale my own One of a Kind, it was quasi inevitable that one day I would be asked to make the doll club. Carol, the club's president consulted the group for the doll to use and the choice was, "Cool collecting Barbie"
She had a nice "oldies" face and make up  and She would represent well the club. 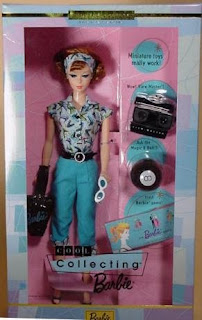 Glenn Mielke was asked to design the outfit and he gave me the sketch.

I had first chosen a fine black velvet, but considering the tiny shoulders it was impossible to do something "clean" with such fabric, so I bought an 100% black silk, it is, still today, a fabric I love to use for dolls, as it is soft, fine, easy to drape and not difficult to work with. For the stole's contrasting color, I favored a peach light satin. The mat and black silk was contrasting nicely the lightly shiny satin and added some elegance.
The hat was a bit of a challenge, as the sketch showed, it was fairly flat and rigid, and I wanted to stay as close as I could from Glenn's idea. I decided to use some shiny black, nylon blind craft cord, that would give it a flat and sturdy shape. Of course it would have to be totally hand sewn.
I had found tiny peach rose flowers matching the stole satin to adorn the black hat.
We used the shoes coming with the doll, and another member of the club, Marilyn Akazawa, took charge of making the jewelry.

I used several different patterns to create my own, after this done I started to work. Here are some steps in picture of the making of the 2000 Club doll. 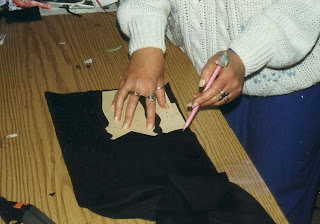 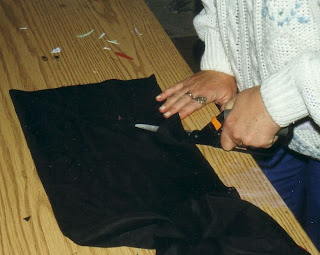 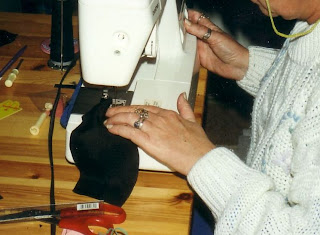 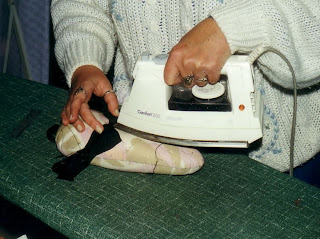 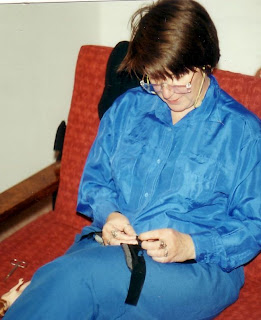 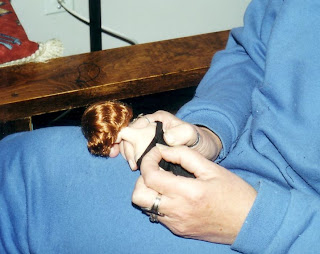 06-first try on to mark the snaps 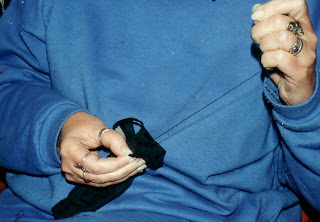 08-sewing buttons beads in back 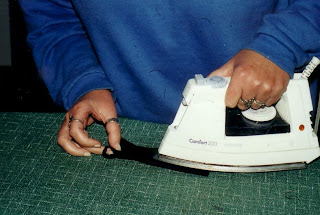 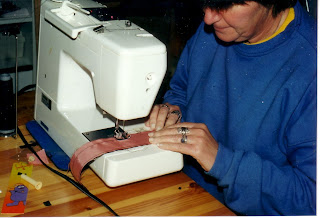 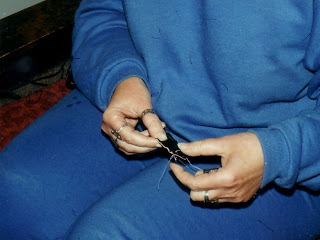 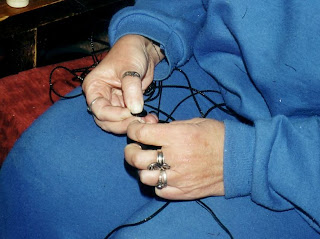 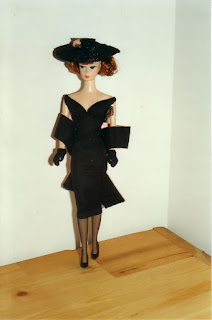 13-final try on of the dress 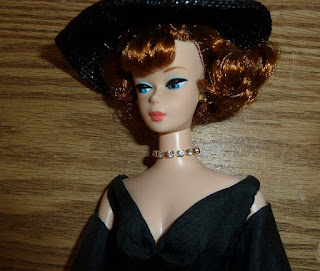 14- ready for the jeweler 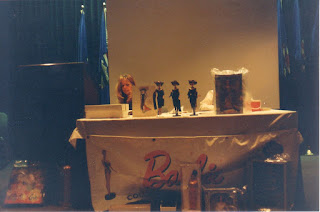 15- Presentation to the club members.

50 dresses were done in all.