We left Mexico in 1994 when Hubby got a job in Quebec City (Canada). We had to leave our friends behind, but were very happy to be back in Canada. I brought my dolls with me of course, at this time they were fully part of my life.
in November 1995, an add in the news paper was calling for craft vendors for a show due to December of the same year. Encouraged by Hubby I registered, rented a table, and for the first time in my life, I sale my dolls (plus some packed outfits ) openly, officially to the public.  It was not a charity event, they were not friends coming to say hello and encourage or compliment me and buying a doll or 2 for  the sole purpose of sharing some taught and giving some money for charity purpose,  they were customers, real one, with all the good and bad coming with it.
Some weeks before living Quebec City, window-shopping in a mall, I discovered with delight a doll taller than Barbie. She was amazingly beautiful,  very "50th",  her body was fashion as well but with a woman idea,
I fall in love with Gene Marshall Created by Mel Odom. 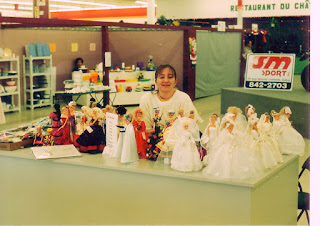 My first Show was very modest indeed. It happened in a kind of Mall reorganized for this "craft event" 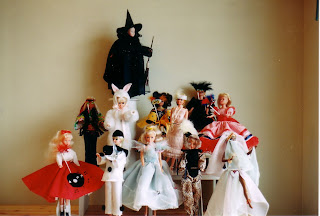 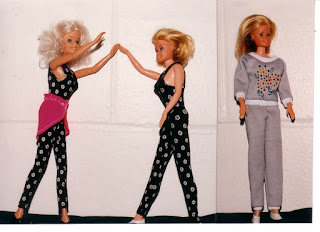 In this time I did not affirm yet Barbie as my first choice, lot of customers at this time were looking first for the price tag, then to the doll, so $1.00 dolls were appreciated. 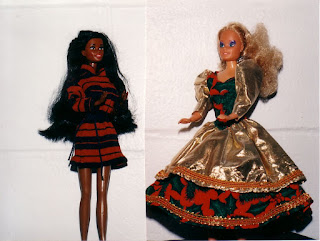 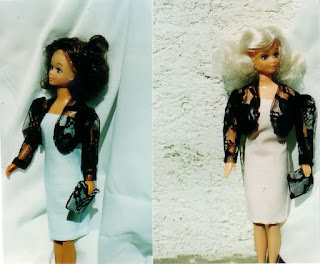 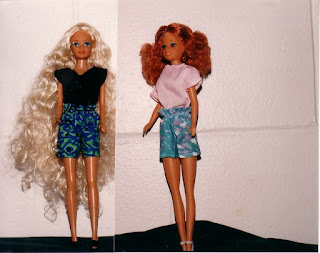 Lot of cloth you see here  where only on the dolls for the pictures. the cloth were  bagged and the  numbered pics placed in and album. Customers looked through the album then chose the # they likes . 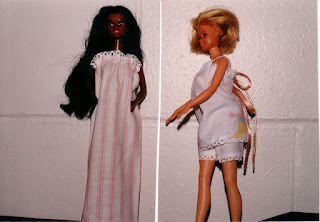 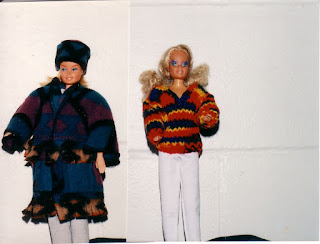 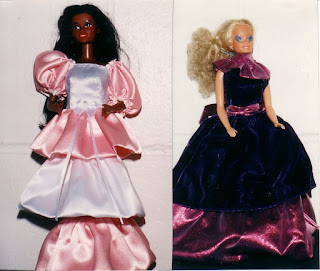 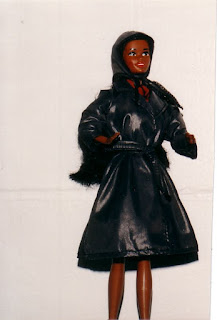 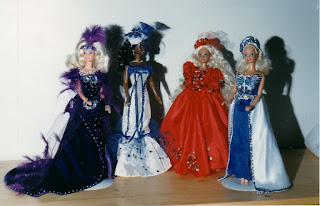 those  last dresses where sold as dressed dolls.